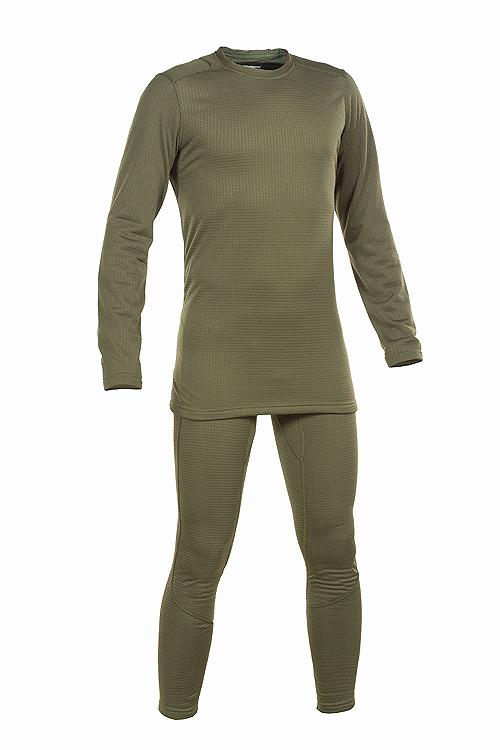 Membrane underwear "Base Level 2" (suit) is a versatile and practical set of all-season underwear. This set of underwear "Base Level 2" can be used as the main and only insulation layer for a cool summer evening, as well as the lowest layer of clothing (underwear) in polar expeditions under the conditions of the lowest possible temperature. This set is owes its functionality to a special hypoallergic membrane fabrice called "Second Skin".

Membrane thermal fabric "Second Skin"
Grid structure of "Second skin" fabric improves the heat insulation by 70%, reducing the weight of the product by 40% compared to traditional fabrics that are used in underwear for low temperatures.
The "Second Skin" material, as the first layer of clothing (underwear), insulates the body from external exposure to cold and removes the excess heat and evaporation out.
"Second Skin" reserves 30% of the body heat inside the garment. Thermal underwear "Base Level 2" is an anatomical cut and flat, elastic seams, thus avoiding the formation of folds of fabric under the outer layers of clothing and avoid skin abrasions during long wearing of the underwear.

The following prices will be applied in Italy. For foreign shipments, cost will be calculated when completing the order.

Subscribe to our newsletter to stay up to date with our latest news, promotions and offers...